A Bakugan Theme.
If you don't have kids, you might not have heard of Bakugan. It's similar to Pokemon.....but they come with these "creatures" that are rolled in a ball and when the magnet hits the card it unfurls and reveals the bakugan inside.
This is the official logo of Bakugan Battle Brawlers. I copied this logo (as best I could) in buttercream and put it on top of the cake.

Then I added all the "section" markings that you would see on a bakugan ball that is closed. 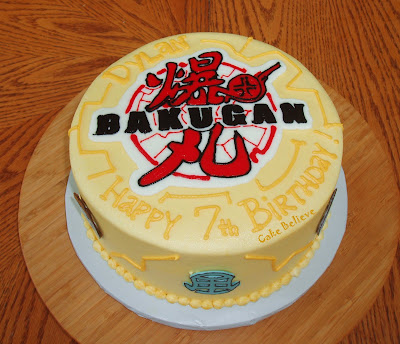 There are several different attributes that a bakugan can have. I made sure to get the symbol for each attribute and made them from colored chocolate and put those around the side. 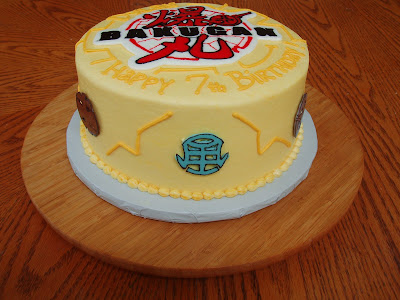 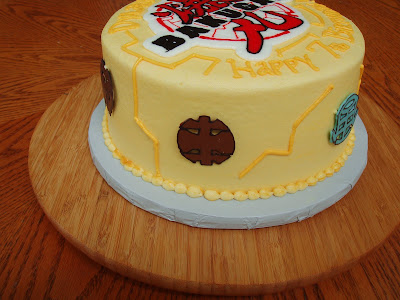 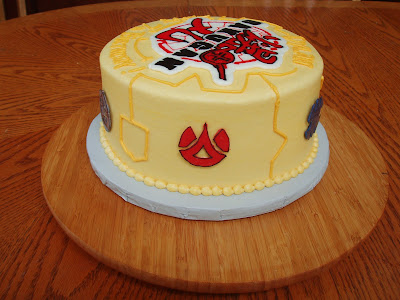 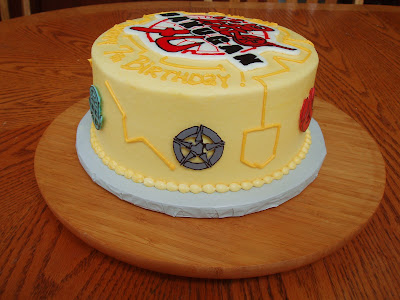 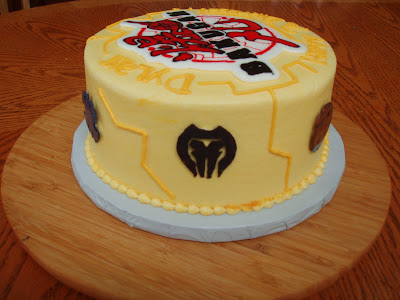 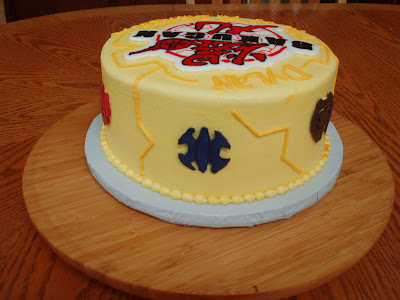 I really like the way this one turned out. I think Dylan's mom was happy too!
Happy Birthday Dylan!
Posted by Cake Believe at 2:09 PM