I had several cakes for Halloween themed celebrations this year.  Instead of posting each cake in it's own post, I decided to lump them together in one! 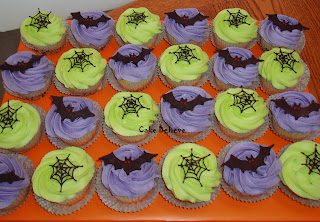 These are chocolate bats and spider webs on electric green and purple swirled buttercream. 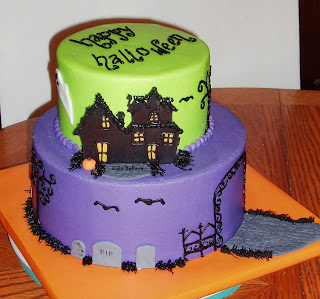 I made this cake as a donation for a local softball group.  They are trying to raise money for a trip. 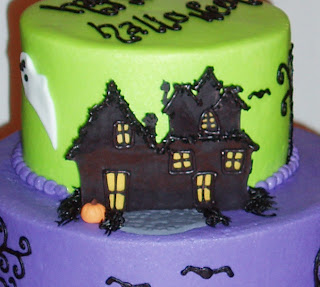 This is the chocolate haunted house....I put yellow chocolate behind so the windows would "shine". 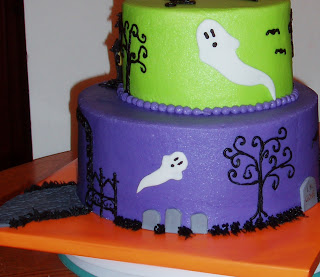 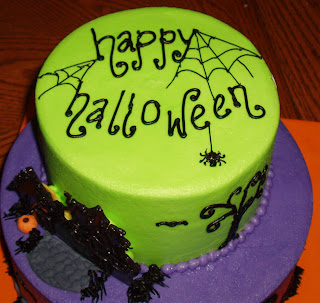 I think they sold more tickets than they thought they would! 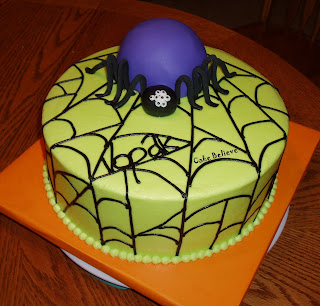 This one went to DH's work.....see the company name in the web???
(Most of the people didn't see it until it was pointed out to them!) 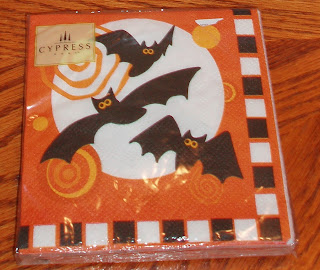 And these are the napkins that inspired the white and orange swirl cupcakes with bats, served up to the kiddos at school! 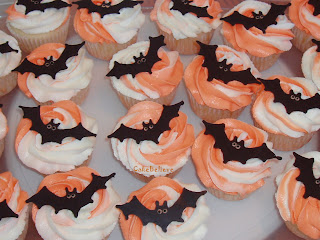 I hope you all had a grand Halloween!
(Yeah for me....I posted this before Thanksgiving!)
Posted by Cake Believe at 9:02 PM